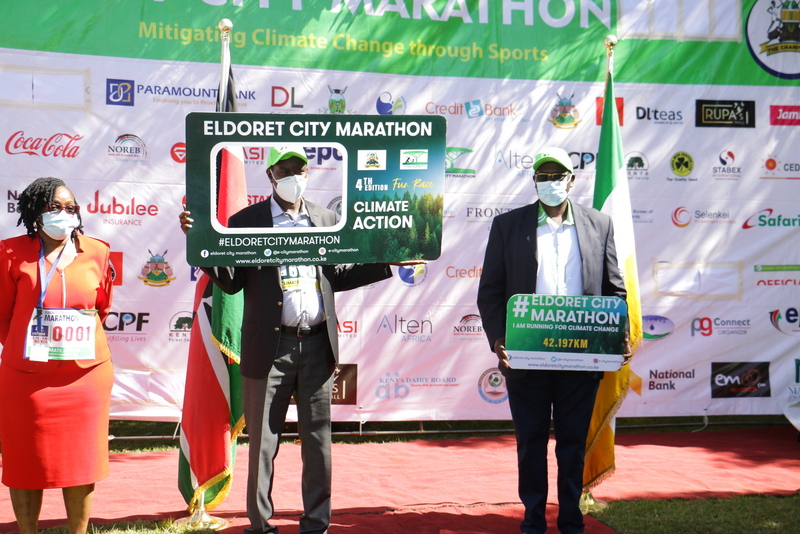 The rescheduled third edition of Eldoret City Marathon will be held on June 06, 2021. The marathon was originally scheduled for 19th April 2020 before a Coronavirus-enforced postponement. The rescheduled third edition was launched on December 14, 2020 by H.E. Hon. Jackson Mandago, the governor of Uasin Gishu County. Speaking at the event, Governor Mandago urged increased sponsorship for the event and expressed his optimism that the climate action campaign spearheaded by the marathon would increase the forest cover in Uasin Gishu County from the current 8 percent to 15 percent.

Tanui expressed his pride in the journey taken by the marathon so far both from sports and climate action perspectives. From a climate action perspective, Eldoret City Marathon has planted over 2 million seedlings since its inception, including around 20,000 indigenous tree seedlings planted in Kapseret Forest in September 2020. According to Tanui, climate action is a major goal for Eldoret City Marathon due to the need to protect our environment and also the need to ensure our athletes have fresh air and water that enhance their performance during training and competition.

From a sporting perspective, the fruits of Eldoret City Marathon’s focus on nurturing and exposing talents to the world were demonstrated by the successes experienced by Valery Aiyabei, Vivian Jerono, and Mathew Kisorio who proceeded to win international marathons in new course records months after claiming podium finishes in Eldoret City Marathon.

Eldoret City Marathon hopes to uplift more athletes in 2021, particularly considering the hardships experienced by many athletes after many international athletics meets and marathons were cancelled in 2020 owing to the outbreak of Coronavirus.

The registration for the third edition will be opened soon.